Your child's baby teeth have loosened and detached as normal. While you're now awaiting the eruption of a permanent adult tooth to fill the gap, your child instead develops a suspicious lump at the location where the tooth should be. Naturally, you schedule a prompt appointment with your dentist, who diagnoses an odontoma. This is a tumour, but before you become alarmed, be aware that it's a benign tumour. However, since it has impeded the development of the tooth, treatment is going to be necessary.

An odontoma is relatively rare, and the growth is often an irregular tooth. Instead of growing upwards, the components of the dental tissue have compressed and remained beneath the gum. Instead of a tooth, your child has developed a mass. It's not a matter of waiting, as an odontoma means that the tooth in question will not develop. Remember that an odontoma is benign and will not compromise your child's health in any significant way. Of course, the matter of the missing tooth will need to be addressed.

The first stage of treatment for an odontoma is the removal of the growth. This is actually rather straightforward. The composition of an odontoma means that the growth is largely self-contained and can be surgically removed in its entirety, without needing to be sectioned. This means that healing is similarly straightforward. While this means that growth has been permanently removed, your child is still without a permanent tooth.

Your child will need a replacement for the tooth. When the site of the surgery has sufficiently healed, your dentist may suggest a removable partial denture. This will correct the aesthetics of the gap in their smile and will have an acceptable level of functionality. Your child can largely treat the denture as a natural tooth; however, it will not be able to withstand bite pressure in the same way as a natural tooth. The denture will also need to be periodically replaced to reflect the growth of your child's other teeth and their jawbone.

Once that jawbone has grown to adult size (which is in their mid- to late teens), a more permanent option becomes possible. Dental implants are as close to a natural tooth as possible, with the implant itself acting as an artificial tooth root. The implant is then topped with a dental crown (prosthetic tooth). This permits full functionality of the tooth, and with proper care, it can be a permanent solution to the problem.

The presence of a growth where a tooth should be is unsettling. But when the growth is an odontoma, it simply needs to be removed and replaced with a temporary replacement, which acts as a placeholder until a dental implant becomes possible. 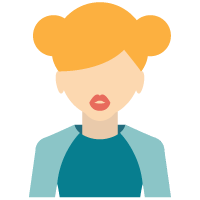 As a parent, my mornings typically start by fighting my children about brushing their teeth. By the time we get to flossing, I am exhausted. After searching online and talking to other parents, I discovered that my children were not the only ones who hated brushing and flossing. I talked to our family dentist to learn of ways to encourage them to take care of their teeth. I created this blog to help other parents find the information they need to encourage their children to practice good dental care. With the right guidance, you can find a way to get your kids excited about dental hygiene.

The Benefits Of Full Arch Dental Implants Compared To Dentures Alone
17 January 2023
If you only need to replace one tooth, a simple dental implant might do the trick. But if your top or bottom teeth are in bad shape, you might need to …

Your Child's First Dental Visit
12 December 2022
Once your child has a tooth or two, some dentists recommend that parents get the child accustomed to visiting the dentist. Problems caught early can b …

The Biggest Benefits Of Choosing Invisalign
28 October 2022
Invisalign is one of the best ways to get your teeth straight quickly. Invisalign has become very popular because it makes getting crooked teeth so mu …